Sleep Apnea in The Villages, FL

Sleep apnea refers to the lungs not receiving air during sleep.  It results from obstruction in the throat that blocks the air (obstructive sleep apnea) or the brain failing to give the command to breathe (central sleep apnea).  By far the most common of the two, particularly in the young and middle aged, is obstructive sleep apnea (OSA).  Although obesity is the greatest risk factor for OSA (especially in middle-aged males), women, children, and the elderly need not be obese to suffer from OSA. 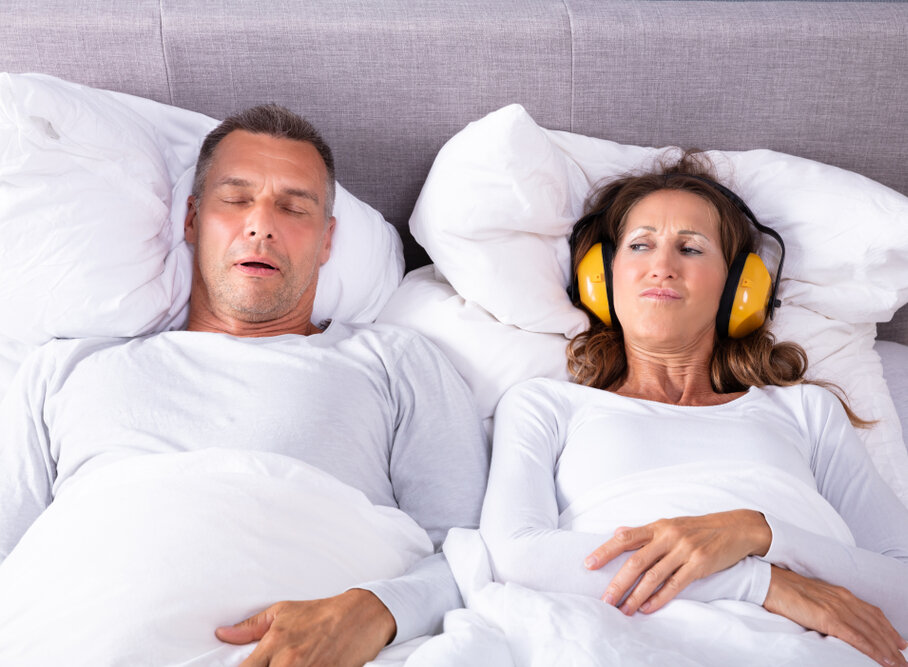 The most common symptoms of OSA are night time snoring that results from throat obstruction and daytime sleepiness that results from non-refreshing, poor quality sleep at night.  Patients with OSA may not be aware that the quality of their sleep is poor because they are able to fall asleep and often do spend 7 to 8 or more hours sleeping.  However, these same patients will often take naps during the day to try to compensate for the poor quality of their nighttime sleep. They don't equate this with a "sleep problem" because they think of a "sleep problem" as "insomnia" (inability to sleep at all).  Another reason patients with OSA fail to recognize their sleep apnea is because it usually comes on gradually. The patient adapts to the gradual changes and either doesn't notice their harmful effects or rationalizes them.  It's usually the bed partner who notices the changes more readily. The bed partner is therefore a more reliable source of information about the patient's true symptoms.

In addition to snoring, patients with OSA during sleep can gasp for air, hold their breath for long periods, or suddenly snort (as the throat opens).  Sometimes they wake up, although usually they don’t know why.  OSA occurs more when the patient is in deep sleep, especially dreaming, and when the patient is on his back or supine.  Hypoxemia or low oxygen is a very important consequence of OSA that can be very harmful to the heart and brain.  Fearful of OSA, the brain often will not allow the patient go into deep sleep, and this compounds the lack of refreshing sleep that then results in daytime fatigue and sleepiness.

Other consequences of OSA include not allowing the bed partner to sleep and poor performance at work, at school, or with sex (impotence). The patient can feel depressed and tired all the time.  A particularly important consequence of OSA is an increase in accidents, especially motor vehicle accidents. OSA is a risk factor for heart disease and strokes, just like high cholesterol.  OSA can worsen obesity, diabetes, atrial fibrillation, hypertension, asthma, COPD, headaches, and dementia. Recently, sleep apnea has been shown to be associated with more wrinkles in women (poor skin healing, especially from sun damage) as well as with various eye problems including glaucoma, floppy eyelids, eye irritation, vision loss, and retinopathy (particularly in diabetics and hypertensives). Also, sleep apnea has recently been shown to be associated with kidney disease among diabetics and hypertensives. Basically, the self strangulation and intermittent low oxygen caused by sleep apnea leads to tremendous stress which harms almost all the major organs of the body.

Sleep apnea needs a sleep study for diagnosis, and control is usually achieved.

In summary, sleep apnea is a very common, dangerous illness that was long ignored, but today is easily diagnosed and easily treated.